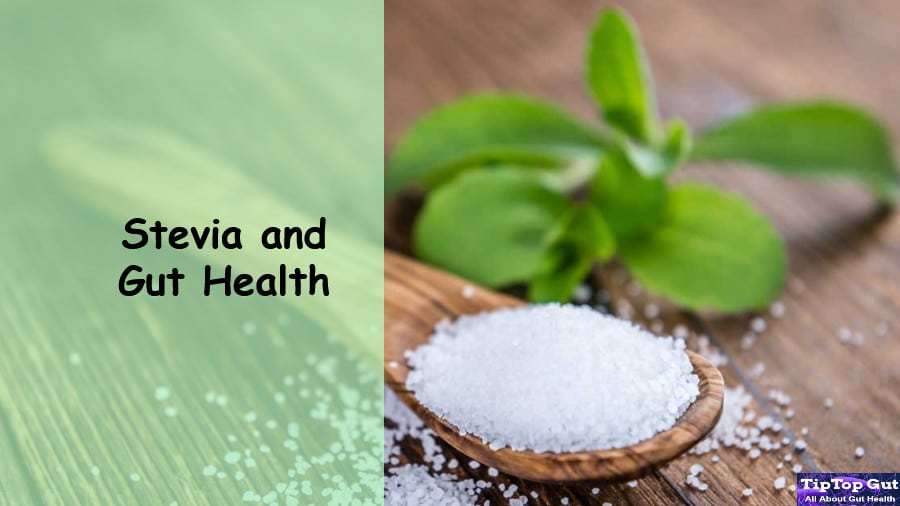 We’re taught that sugar isn’t healthy for us from an early stage. Studies have proven that excessive sugar can raise our chances of developing obesity, Type 2 diabetes, kidney damage, and cell aging. Many are now seeking alternative sweeteners to reduce their sugar consumption while enjoying their sweet tooth.

I’m sure sugar is found on the “naughty” list, and we are all tempted to look at the labels now and then. But do you remember how long ago fat was the main culprit? Then it was carbs? Both proved to be anything but simple as enemies, and I believe that sugar will do the same.

The Importance of Gut Health

Although most people understand how important it is to maintain a healthy weight and implement the most effective methods for cardiovascular health, people can neglect the importance of gut health.

Dr. Elizabeth Hohmann of the Infectious Diseases Division at Harvard-affiliated Massachusetts General Hospital said, “This is a new frontier of medicine, and many are looking at the gut microbiota as an additional organ system.”

The digestive tract is home to diverse kinds of bacteria. Certain of these bacteria keep your body healthy. Maintaining a well-balanced and healthy gut is crucial in numerous ways.

There are various methods to ensure gut health One is to limit the use of antibiotics. Antibiotics may harm the beneficial bacteria in your gut.

Beware of foods that could cause harm to the health of your gut, like processed food items and red meat, is equally important. People can take probiotics and eat high-fiber foods and fermented foods like yogurt or kombucha to help promote healthy gut health.

There are good reasons to be worry of excessive amounts of any one ingredient, including sugar. A healthful diet is all about balance rather than perfection, and the quality of the ingredient is also important. In the case of sugar and gut health, real may be superior to fake. Let’s look at the reasons:

A Refreshing Version of Sweet

Since the 1970s, large levels of sugar added to foods have been associated with poor quality of life and the development of diabetes in a variety of studies. In the aftermath, a variety of sweeteners that are calorie-free or low-calorie were developed to serve as substitute ingredients.

There are three types of sweeteners.

Sadly even though these artificial alternatives aren’t as detrimental to blood sugar, several studies have shown that they can cause negative health consequences such as acid reflux, cancer, and a general decline in your gut’s microbiome. This is why the hunt is ongoing to find a safe, natural sweetener that isn’t harmful to the body!

While stevia has some potential in this area, recent research has shown that it’s certainly not the best choice, particularly for your stomach.

Artificial sweeteners are a component of foods that produce an effervescent taste in your mouth but do not cause an increase in calories or a rise in blood sugar levels due to eating sugars. They accomplish this because they are so sweet that they allow you to enjoy the sweetness of sugar with only a tiny amount. For instance:

So far as I’m aware, the only three sugars, sucralose and stevia, have been proven to alter the microbiota composition in the gut. However, many other synthetic sweeteners like isomalt, maltitol and lactitol, and xylitol could increase the number of bacteria associated with weight gain.

Stevia is an alternative to sugar made by removing the leaves from the Stevia plant. It’s 100 and 300 times sweeter than table sugar, yet it doesn’t contain sugar, calories, or artificial components.

Many people do not like the taste. Some find it bitter, while others think that stevia tastes similar to menthol. Try it with the breakfast morning coffee or sprinkled on the top of your breakfast cereal to see if you enjoy the flavor.

The popular plant-based sweetener that is not sugar-based stevia could be a factor in an unbalanced digestive system. According to a recent study published in the journal Molecules.1

Researchers studied two types of stevia that originated from a plant belonging to the Chrysanthemum family. The herbal sweetener used in the commercialization they looked at had an inhibiting effect on the bacteria’s communication.

This is vital because bacteria molecules within the digestive system must communicate for optimal gut function and regulation. As the researchers point out, this process could result in an imbalanced gut and decreased functioning if this process is disturbed.

The study concluded that further studies are needed and advised companies in nutrition to conduct additional research before replacing artificial sweeteners with stevia.

Stevia and Gut Health: What Stevia Does to Your Gut Health?

According to studies, stevia negatively alters the gut flora and other aspects of your gut’s overall health…

One study examined it against six Lactobacillus reuteri strains and found it hindered the development of all of them. The bacteria protect in low concentrations, which increases the risk of developing diabetes and inflammation, weight gain, and heart disease.

A new study has found that all sweeteners with no nutritional value like stevia alter the gut flora hindering the expansion of both kingdoms of bacteria (Bacteroidetes and Firmicutes), which can be beneficial or detrimental. Other sweeteners aren’t the answer.

Stevia disrupts the dopamine reward system. Dopamine is the most important chemical messenger or neurotransmitter produced by your body and stored within the digestive tract. It makes you feel satisfaction and pleasure. Dopamine also aids in motility, the muscle contractions that allow food to move through the digestive tract. A lack of motility could cause constipation (constipation), leading to the overgrowth of parasites, bacteria, yeast, and viruses.

It may also interfere with the communication between various bacteria in your gut microbiome. This is crucial for the balance of the microbiome and the health of your gut lining, in which immunity is a key factor.

It can irritate the stomach lining and the digestive tract, resulting in gas, diarrhea, etc. It can also contribute to intestinal permeability, causing allergic reactions, inflammation, etc.

If you’re wondering if you should use artificial sweeteners instead like the ones mentioned earlier, they also alter your gut microbiome. More importantly, they can increase your blood sugar and impede weight loss.

It seems like embracing sweet natural flavors of whole food and having a small amount of fresh honey or even dates occasionally to avoid raising the blood sugar levels over the long term could be the solution. I’ll indulge in a small amount of sugar once or twice per week; however, not daily.

Although more research is needed to verify the impact in ex vivo (AKA human studies), At least four studies on animals and one human in vitro research show that stevia can be detrimental to the microbiome. These are the summary of the studies:

These studies all suggest that stevia interferes with the microbiome and thus could be harmful.

However, the damage might continue to be a problem.

In addition to the possibility of a digestive imbalance, other negative consequences of stevia have been documented and documented in 372 studies, which include:

Researchers recommend that you Avoid stevia and use it in a limited amount.

The consensus is that stevia remains relatively untested; however, there are some holes in the scientific evidence. It is still a lot of research required to determine if the benefits of stevia without sugar outweigh the potential risks. While we wait, all those researchers in the study mentioned above recommended utilizing the sweeteners “sparingly” until we know more. It is not healthy for your gut.

The study suggests that stevia can cause an imbalanced digestive system; neither form of stevia was found to kill bacteria living in your gut.

Is stevia a gut disruptor?

Stevia, a natural sweetener derived from plants, has been an increasingly popular alternative to sucralose and other sweeteners. However, it could have some potential problems of its own. A study conducted by Ben-Gurion University in the Negev has revealed that stevia could cause gut health issues due to the disruption of good bacteria’s balance.

Can stevia cause digestive issues?

As with all nonnutritive sweeteners, the main disadvantage is the flavor. Stevia has the taste of licorice, but it’s mild and somewhat bitter. Certain people love it; however, it’s not a favorite for some. Some products that contain sugar alcohols can cause digestive issues, including bloating or diarrhea.

Does stevia alter the gut microbiome?

Stevia is a natural sweetener. Stevia interferes with communication between various bacteria living in the gut. According to recent research conducted by Ben-Gurion University of the Negev (BGU) researchers, the natural sweetener Stevia can cause Microbial gut imbalance.

Is stevia a probiotic?

Another study revealed that sucralose produced a metabolic effect on bacteria and might hinder the growth of specific species. The most recent molecular research conducted by Angelia Ruskin University 5 discovered that the moment E. coli and E. Faecalis were identified as pathogenic, the cells killed by Caco-2 line the intestinal tract’s walls.

How to Get Better Gut Health? An Ultimate Guide 2022

Do Tomatoes Cause Leaky Gut? Know the Truth (2022)