Are Tomatoes A Good Probiotic? 3 Facts You Should Know

Tomatoes are among the most sought-after vegetables worldwide and are a staple in various cuisines that range from Italian to Indian. They are usually consumed with most vegetables and in sandwiches or salads.

However, Tomatoes also play a prominent part in soups, sauces and stews. Despite their ubiquitous use, they are frequently not understood. To begin with, they are technically a fruit and not considered a vegetable. Tomatoes contain nutrients such as lycopene, Vitamins C and A. So, the next time you eat a tomato’s delicious taste, be assured it’s a healthy and safe fruit.

Tomatoes have been widely studied for their gut health effects. There’s a common question, ‘Are tomatoes a good probiotic?”

Here, you’re going to explore whether tomatoes are a good probiotic or not.

While tomatoes are typically associated with other fruits such as oranges and watermelons, tomatoes are part of the family known as the nightshade. It includes peppers, eggplants and potatoes. The nightshade family is infamously controversial as many consider nightshades to be poisonous. This is why people are unsure if tomatoes harm their digestion health.

Are Tomatoes A Good Probiotic?

As with all foods, tomatoes have a range of health benefits, along with an enticing taste and a dazzling nutritional profile. However, tomatoes have some adverse effects if they are not consumed correctly.

They are regarded as a healthy food since, in addition, they have a color known as lycopene – an antioxidant that works to shield cells from harmful elements. Research indicates that tomatoes possess Probiotic properties which means they can boost the activity of healthy bacteria that live in our gut.

In the current study, researchers conducted in vitro studies to study how Lactobacillus Reuteri, one of the significant bacteria species that aid in gut health, interacts with antioxidants from tomato sauce and how cooking could affect that interaction.

Let’s read more how tomatoes prove to be a good probiotic.

#1. Tomatoes Are a Good Source of Prebiotics

There are numerous connections between gut health and tomatoes.

The essential benefit tomatoes offer for your gut health is the prebiotic content.

Prebiotics are carbohydrates, mostly made up of fiber, that are not digestible by our stomach. These prebiotics are actually the food elements for our gut bacteria, known as probiotics. If we eat these prebiotics, they travel into our lower digestion tract, where they behave as food, helping the healthy bacteria grow.

Prebiotics are generally tricky and challenging to break down for human beings. They are not broken down in the stomach. Instead, they travel to the large intestine. There, the bacteria and yeast ferment them. As well as yeast, resulting in short-chain acid fatty acids (SCFAs), which the gut bacteria consume.

The SCFAs (short-chain fatty acids) possess the unique ability to nourish only beneficial bacteria while preventing harmful or undesirable microorganisms. This is because of the lower pH produced in the colon due to the fermentation process. This can be harmful to pathogens such as harmful bacteria, viruses and fungi. It also helps beneficial bacteria such as Lactobacillus and Bifidobacterium thrive.

Prebiotics can have a profound effect on the microbiome of the gut and the way it impacts the body, either with or without prebiotic supplements or even fermented food. The numerous benefits that probiotics provide your body are enhanced by the intake of prebiotics.

Since prebiotics feed your beneficial bacteria and can be harmful to harmful bacteria, viruses and fungi, they can help treat fungal yeast infections such as Candida overgrowth.

#2. Tomatoes Are High in Lycopene

They are naturally high in lycopene, an antioxidant pigment that can shield cells from injury. Lycopene is present in the highest amounts in the tomato’s skin. The more red the tomato, the higher its amount of lycopene.

Interestingly, tomato products like ketchup, tomato sauce, tomato paste and sauces are among the most nutritious sources of lycopene within the Western diet, supplying more than 80 percent of the daily lycopene in the United States. The amount of lycopene found in tomatoes that have been processed is typically more than the fresh tomatoes. However, fresh tomatoes have an improved nutritional profile than processed tomatoes.

Lycopene provides many benefits to the body. It also has a positive effect on gut health. One study utilized cooked and raw pear tomatoes, a type with an exceptionally high amount of lycopene–to examine how the pigment affected the gut microbiome. The study found that tomatoes had been identified to enhance the probiotic activities within the gut.

The study revealed it was the case that probiotics from L. Reuteri bacteria (one of the prominent supporters of healthy microbiomes) were able to prevent certain antioxidants found in tomatoes from being absorbed into the bloodstream. However, at the same time, the antioxidants found in tomato sauce (cooked tomatoes) increase the benefits of L. Reuteri, which has an overall beneficial effect on the health of your gut. Thus, the rise in probiotic activity seems to outweigh the reduction in antioxidant absorption in improving our well-being.

Both cooked and raw tomatoes are gut-healthy foods however cooked tomatoes appear to have a more beneficial effect on digestion. It could be because cooking can help lycopene to maintain its integrity throughout digestion, and more of it is taken in.

Do Tomatoes Cause Gas and Bloating? Let’s Reveal the Truth! 2022

Raw or Cooked Tomatoes: Which are Better Probiotic?

Furthermore, L. Reuteri appears to hinder certain antioxidants from getting into the blood system.

In the same way, the researchers found that the antioxidants found in tomatoes enhanced the beneficial effect of L. Reuters. In this instance, the tomato sauce is cooked to be more effective than its raw counterpart.

The sauce cooked during cooking also changed the lycopene in tomatoes – which is referred to as isomerization cis-trans and has, in turn, allowed the quality of this antioxidant during the digestive process, which allows an increase in its amount to be absorbable.

Foods rich in probiotics, such as tomato sauce fried, enhance its probiotic effects; in addition, it triggers a gradual isomerization process of the lycopene in the tomato, shifting from trans through digestion, resulting in higher bioavailability of the carotenoid.

The tomato is among the most nutritious source of prebiotics. Many people are aware of the concepts of probiotics; however, fewer people are aware of the benefits of prebiotics and their importance to the overall health of your digestive system. Prebiotics are not digestible carbohydrates and serve as food for probiotics, beneficial bacteria in your gut. Also, they are nutrients that can’t be digested; however, your gut bacteria can. Eating foods high in prebiotics goes to your lower digestive tract, assisting healthy bacteria in expanding and thriving.

Studies have shown that prebiotics can boost gut health by increasing the number of beneficial bacteria, reducing inflammation, and increasing the immune system. Additionally, prebiotics is believed to be essential for weight reduction and general health. In this regard, it is crucial to include foods rich in prebiotics in your diet.

#3. Tomatoes Are A Good Probiotic Too!

Just a teaspoon of tomatoes with your meals can help you digest your food and get more excellent nutrients through the food you consume. You’ll reap a wealth of benefits with just a handful of spoonfuls. This is the way that cultured foods work. They contain billions of probiotics and are eager to perform their task. They will help you get more significant advantages from the food you never have. It’s hard to see these tiny microbes, but they are aware of how to act and are powerful and powerful in all the millions of them!

It’s not a secret that tomatoes are highly ranked in lists of healthful food items. A great food source for prebiotics, tomatoes supply your good bacteria with the nutrition they require to flourish and help all the systems in your body to work fully.

The prebiotic impact of tomatoes is astonishingly powerful. Not only does cooked and raw tomato fiber feed friendly bacteria species such as Lactobacillus Rhamnosus and Bifidobacterium bifidum. It can also help these and other probiotic species connect with intestinal epithelial cells.

Even when the diet isn’t ideal, tomatoes seem to impact digestion positively and could compensate for poor choices in food. In one study, the rats fed a diet rich in unhealthy fats for five weeks were also fed tomatoes in juice. After the experiment, the group could significantly boost the Lactobacillus number (usually decreasing when eating this kind of food).

However, scientists are discovering that the benefits of tomatoes are more than just antioxidants, with prebiotics functioning in concert along with the microbiome to benefit the whole gut.

A fascinating new study from Spain put tomatoes to the test to determine how they interact with good gut microbes. The natural content of tomatoes is the antioxidant pigment lycopene, which is receiving lots of attention lately because of its ability to shield cells from injury.

Researchers used cooked and raw pear tomatoes – a variety with the highest amount of lycopene to determine what effect this pigment had on the microbiome. Although the impact on the digestive tract was challenging to determine, tomatoes were discovered to increase probiotic activity within and around the gut.

These are the key findings of the study:

Are tomatoes beneficial for gut health?

The fiber content in tomatoes aids in the growth of beneficial bacteria. It prevents harmful bacteria like C. difficile from being able to establish a foothold within the gut. The tomatoes are also a fantastic source of lycopene, a powerful antioxidant linked to reducing stroke risk.

Fructooligosaccarides (FOS) and Inulin are naturally occurring prebiotics in foods such as tomatoes, bananas, onions and artichoke hearts. In both cases, FOS, along with Inulin, is broken into smaller pieces (fermented) within the colon (sizeable intestinal tract).

How can I increase the number of probiotics in my gut?

You can boost your probiotic intake by consuming more probiotic-rich foods containing fermented ingredients like kimchi, tomatoes, sauerkraut, kefir, sauerkraut, and yogurt. You can also think about taking a probiotic supplement.

Are Tomatoes A Good Probiotic? 3 Facts You Should Know

What Do Tomatoes Do to Your Gut? Cool Facts Revealed by Science 2022

Do Tomatoes Cause Inflammation in the Gut? Interesting Facts May Shock You!

Do Tomatoes Cause Leaky Gut? Know the Truth (2022) 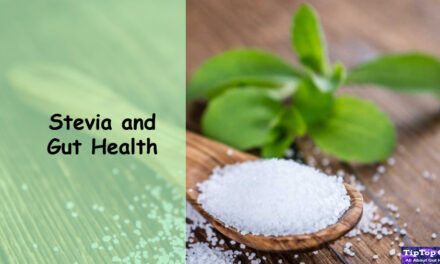